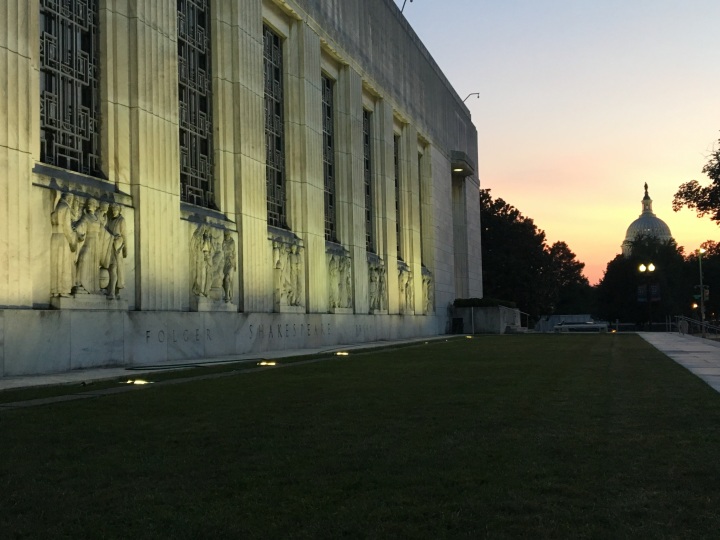 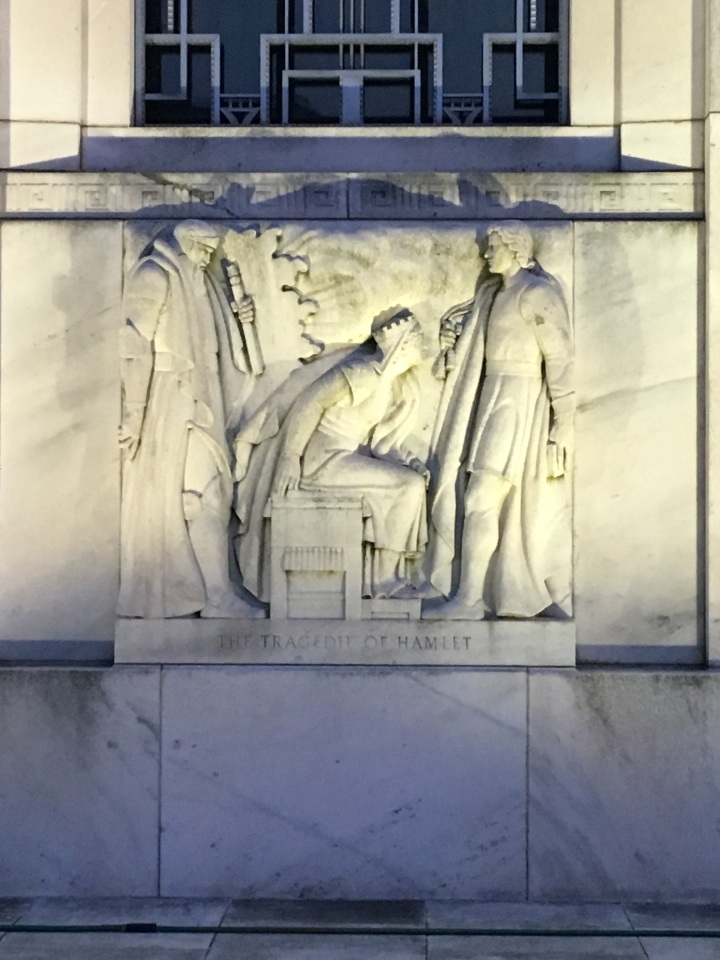 Most people collect something-stamps, dolls, key chains, snow globes, fridge magnets. But Henry Clay Folger and his wife, Emily, were in a collecting league of their own. The Folgers collected books, and not just any old books. They collected Shakespeare books, you know, ones actually from Shakespeare’s time. I am sure it started out innocently enough, with a special purchase of some early Shakespeare edition. Then it became a thrill to track down more and then the obsession for First Folios began. Agents got involved, secrecy was paramount and the British got irritated that so many of their national treasures were being bought by someone out of the country. Like all collections out of control, huge sums of money were involved and the problem of where to put all of it became important. That is how I came to be at the Folger Shakespeare Library recently in Washington D. C.

Let’s back up. Henry Clay Folger was President of Standard Oil Company and he and Emily did not have children. So, they poured all their money and time into collecting rare books. They collected so much that they stored it all in crates in a storage facility in New York. Henry spent an entire year’s salary on one book. He had a particular fondness for Shakespeare First Folios. A First Folio was compiled in 1623 and was the first time Shakespeare’s plays were grouped into comedies and tragedies. Only 255 copies are known to have survived and our man, Henry Clay Folger, bought 82 of them. Each copy is slightly different. He and Emily also bought playbills, costumes and props from Shakespeare productions and all kinds of books from the mid 15 century on.

So, what to do with all of it? That was the question. The Folgers decided to start a library and leave all of their treasures to the public. Henry wanted the library’s reading room to look like a great hall of an English manor. The gardens showcase plants and statues inspired by Shakespeare plays. Henry died in 1930 before the library was completed but the very capable Emily completed the library before she died in 1936.

When you visit the Folger Shakespeare library today, the relief sculptures on the outside of the building show scenes from some of the greatest Shakespeare plays such as Romeo and Juliet, King Lear and Julius Caesar. The library holds performances in the theatre inside the building, gives tours, holds conferences and seminars and hosts exhibits. The library houses over 60,000 manuscripts from Elizabeth 1 to Mark Twain and has a copy of Henry the Eighth’s childhood book of Cicero. There is a First Folio on display. The library is located behind the US Capitol, near the Supreme Court building.

Before you go, brush up on your Shakespeare. I found the story of the Folgers and their collecting fascinating in The Millionaire and the Bard: Henry Folger’s Obsessive Hunt for Shakespeare by Andrea Mays. They loved their collection so much that both Henry and Emily are buried inside the museum with all of their books. Now that is an obsession!

This is a text widget, which allows you to add text or HTML to your sidebar. You can use them to display text, links, images, HTML, or a combination of these. Edit them in the Widget section of the Customizer.